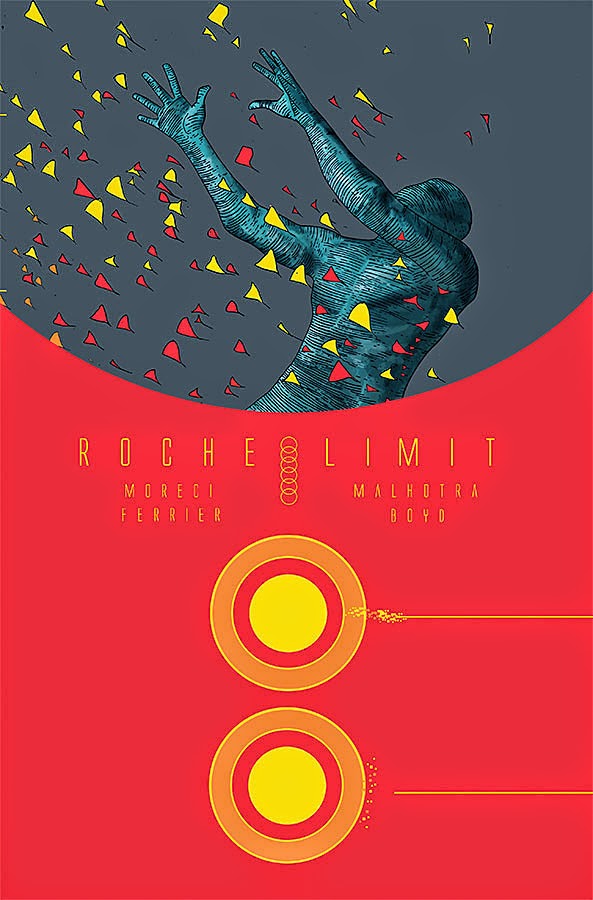 So Roche Limit is out this Wednesday. The Roche Limit team is pretty darned excited for the release. Mostly so we can finally get the first issue of this fantastical sci-fi/noir story into the world (and your paws) Above is the cover to Roche Limit #4.

Here’s my schedule for the next few weeks. (other than the indicated dates, I’ll be hunched over my drawing table finishing up issue 2!)

— Wednesday Sept. 24 - I’ll be signing at Happy Harbor Comics in Edmonton, Alberta (This is one of my hometown stores. They’re amazing! Edmonton is actually riddled with a number of great comic book shops. Wealth of comics!)
More info on that one right here..
http://www.happyharborcomics.com/events/signings/page_event_ed_signing42.shtml


— September 26th - 28th (Friday - Sunday)
I’ll be at Edmonton Expo which is a newer convention (Third year?) but the show has grown like crazy. I’ll be taking a limited number of commission sketches while there and will have some comics and original art with me. Of course I’ll sign any and everything you bring (Anyone’s comics are fair game)
I’ll be participating in an Image Comics Panel on Saturday afternoon (you’ll need to check the schedule for time and room)
Information here - http://edmontonexpo.com/


— Wednesday, October 1st
I’ll be at Alpha Comics in Calgary, Alberta. Bring the copy of Roche Limit you bought on the release date! The third issue of X-Files: Year Zero comes out on October 1st as well. I’ll be sketching and signing stuff!
Info here… http://alphacomics.ca/vic-malhotra-signing-october-1st-for-roche-limit-1/